Our new single 'Sweet Talking' is out today!

The song is all about the excitement of a new relationship expressed via synths, harmonies and a relentless momentum.

The original guitar licks were really dirty and playful, trying to have an Unknown Mortal Orchestra vibe. When we pushed the tempo it really started to pump. To stop it from being a conventional garage track we decided to change up the vocals and try speaking it instead. We were trying to channel David Byrne in ‘Once in A Lifetime’ and Kim Gordon in ‘The Sprawl’. Lyrically, this is our most racy track, with an empowered voice and confident sexuality.

We recorded it in New York City and it's taken from our forthcoming debut album, created with French producer Nicolas Vernhes who has worked with some of our favourite artists including Moodoid, War on Drugs, Animal Collective and Deerhunter. 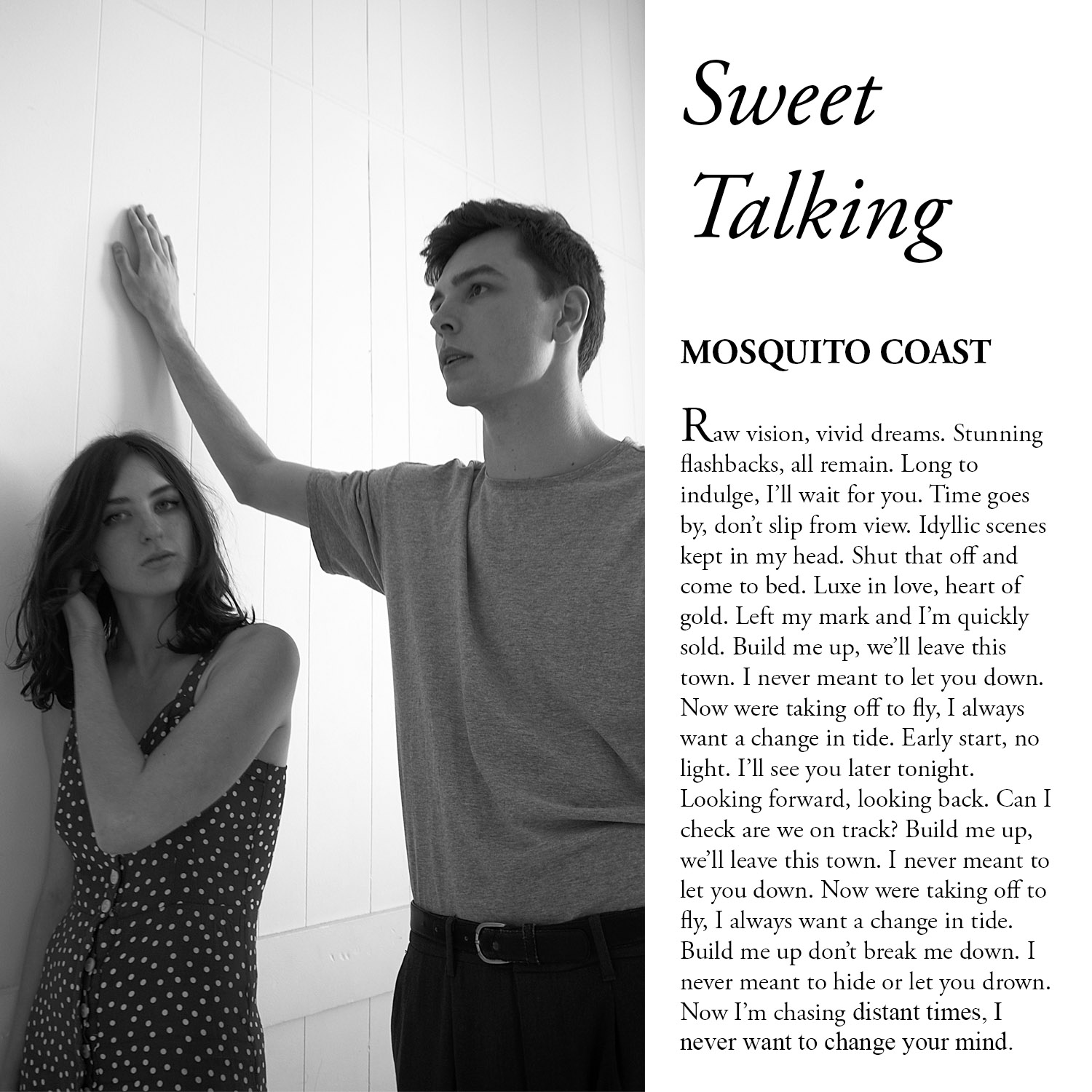